Instead of being held in the venerable Stadttheater as usual, the performances for the 2016 season of the Konzert Theater Bern will take place on Waisenhausplatz in the middle of Bern's Old Town. The temporary theater cube built by NUSSLI looks historical but consists of a newly developed, modular construction system. 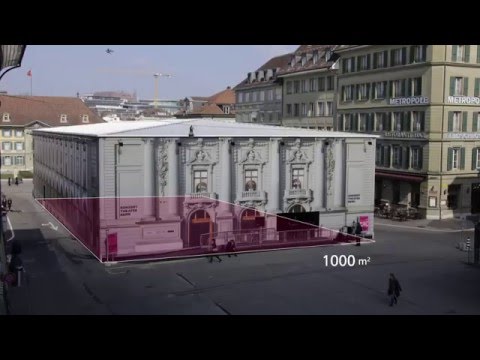