The Electric Zoo Festival was downright wild again this year: A gigantic, 21-meter high elephant head dominated the main stage. Following a sophisticated stage construction by NUSSLI in the form of a cobra head that was a sensation last year, nothing stood in the way of a new version of the cooperation.

Of course, the focus is on the line-up of the best DJs and producers at New York City’s biggest electronic dance music festival at Randall’s Island Park. However, the impressive stage design and the visual elements have long been one of the secret stars of the three-day festival. At the 8th Edition of the “Electric Zoo”, from September 1-3, 2017, visitors were greeted by a gigantic elephant head.

With its huge ears and its powerful tusks, the elephant presented major challenges, in every way, to the structural stability of the project. The dimensions and loads – 25-meter wingspan and 12 tons are supported by the system – are enormous in free-standing structures of this size. The team from NUSSLI didn’t just provide a highly developed service in this respect. When the NUSSLI crew set down the last screwdriver on August 31, 18 truckloads of material from the different NUSSLI locations had been integrated on site in New York. A logistical masterpiece, which worked like clockwork and was completed on time. After all, a construction process of this size is like a complex puzzle, into which every detail – such as on-time delivery – has to fit. Only when every individual part is there on time can the construction go ahead without delays – just in time. 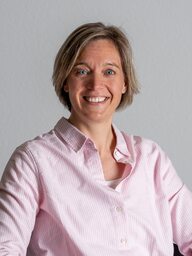