Organizer allrounder reaches for the stars to offer fans the best in freestyle skiing and snowboarding the first European big air double world cup brings winter sports to the city and rounds up the greatest freestyle sports stars. One hundred twenty athletes from 20 nations will compete during the first weekend of December. To be more specific, they will convene at an altitude of 49 meters and therefore on the highest FIS Big Air ramp, which was assembled by NUSSLI.

Just looking up at it is probably enough to make you dizzy. But this is certainly not the case for Roland Hamal and Jan Poneß, the NUSSLI Project Managers responsible for the construction of the ramp.

Careful Preparation and Statics are Crucial

At the most, their heads were spinning because of having to procure the many soil and statics surveys which were needed. "The ground at the various construction sites had to be filled in and compacted before we could even deliver the material. Parts of the area outside the stadium were nothing more than a potato field," says Hamal. Likewise, due to the enormous height of the ramp and the load resulting from more than 1,000 cubic meters of snow, statics continued to be the focal point for both planning and execution. For example, the railings had to be made collapsible for high wind situations. Hamal, Poneß and their team developed a special solution using hinges. They also had additional wind bracings produced because of the statics and built them into the substructure.

A Giant in the Stadium

The blend of world class action sports, lifestyle and music, as well as the location in the Sparkassenpark, is perfect for attracting thousands of fans to Mönchengladbach. Within just two and a half weeks, Hamal, Poneß and their 30-strong team constructed the ready-to-use 49-meter-high, 120-meter-long Big Air ramp out of more than 400 tons of steel, wood and concrete. Like a giant, it stands with one foot in the stadium, ready to catapult the daring ski and snowboard freestylers into the air. The ramp straddles three plots of land, from a two-lane road, to the hockey stadium forecourt, across the grandstand and finally down to the hockey stadium. Precise planning on the order of centimeters and installation were, therefore, of enormous importance. And, instead of just one elevator, the assembly team even installed two, because the ride up to the starting line takes two minutes. A six-meter-wide lane for fire fighters and for deliveries to the ramp had to be included as well.

The outstanding feature of the NUSSLI ramp is the system combination. With its 49-meter height, the "inrun" is as high as a 16-story high-rise. The project team planned and constructed the intricate, streamlined structure using the NUSSLI carrier system.  This flexible construction system offers versatile design possibilities and yet requires little space.

Gigantic Ramps for Winter Events in the City

NUSSLI's considerable experience with high ramps and action-packed winter events spans many years.  The NUSSLI project teams have already built structures similar to the Big Air ramp in Mönchengladbach for the Nokia FIS World Cup on the roof of an underground parking lot in Graz, in the arena of the Palau Sant Jordi in Barcelona, at Tempelhof Airport in Berlin, at Battersea Power Station in London, and for many years on the shores of Lake Zurich for freestyle.ch. The winter events concept combines thrills with a party atmosphere and snow sports with music and shows, and it brings this successful blend to the people in the city. All-rounder initiator, the ARAG Big Air Freestyle Festival has succeeded not only in organizing an event that brings spectators streaming into the Sparkassenpark, but also in bringing the first Big Air double World Cup to Europe. The snowboard and skiing freestylers compete here for the World Cup points which they, perhaps, will bring to the 2018 Olympic Games in Pyeongchang. 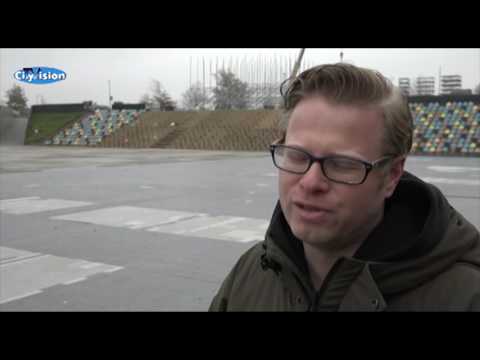