The NUSSLI team expanded the stadium with a modular grandstand for up to 7,000 visitors in four and a half months. The lower part of the grandstand has 3,900 standing places and in the upper part, there are 2,800 seats. The challenge of this project was that the stadium was also used during construction. This meant, that for every home match the construction site had to be secured, so that the already finished parts of the new grandstand could be used during the match. 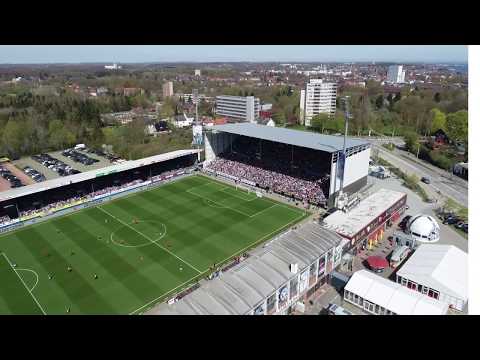