Complete Implementation of the Apassionata Horse Theme Park in Munich, Germany with opening in August 2018.

Apassionata World GmbH expands its offer with the world's largest family experience regarding horses - a year-round adventure park. In 2018, near the Allianz Arena in Munich, a 5 hectare big park has opened its doors. It includes a conference hall, where a magical show of man and horse is presented. The theatre, which offers 1'700 seats and many great effects, is the heart of the park. In addition, the riding hall is not only used to warm up and practice the show, but also for small demonstrations and lectures. In addition, a variety of buildings take on various themes around horses. For example, in the museum the knowledge of the nature and skills of the popular four-legged animals can be strengthened, or the various horse breeds can be studied in the 360° cinema. There is also a foal station, a blacksmith, a petting zoo and much more. The overall concept and the architecture of the park is a contrasting mixture of nature and show effects.

Graft Berlin delivered the concept for the show palace and the 12 theme pavilions in Munich and the implementation of the challenging project is the task of the NUSSLI Group.

All buildings are planned, produced and built as modular lightweight constructions on a temporary basis for a period of 12 years. After expiry of the rental period, the buildings and infrastructures are dismantled and, where possible, reused elsewhere. 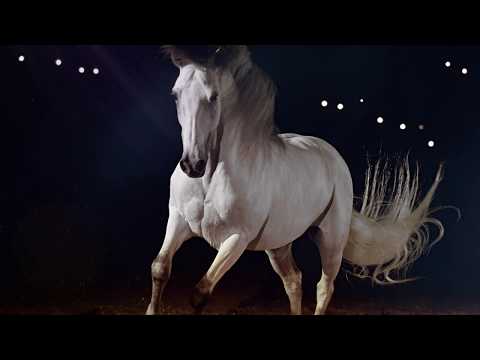