Once in a generation, the Fête des Vignerons dazzles hundreds of thousands of spectators in Vevey. It is listed as a UNESCO intangible cultural heritage, making it one of the most important cultural events in Switzerland. For the third time in the company's history, NUSSLI constructs this spectacular arena; 1977, 1999, 2019.

Since as early as the 17th Century, the general assembly of the Confrérie des Vignerons was followed by a parade. From the highest point in the city, its members, followed by the winegrowers, were led through the streets of Vevey down to the shores of the lake. Already back then, people from the entire region flocked to the city to take part in this festive parade. The procession of 1791 was the last true parade before it became the Fête des Vignerons. Over 250,000 visitors both from Switzerland and overseas experienced the last spectacular festival in 1999.

For the next iteration of the event in 2019, NUSSLI has worked closely with Confrérie des Vignerons, Daniele Finzi Pasca and Hugo Gargiulo to plan the temporary structures and the technical installations. A spectacular arena with 20,000 grandstand seats will be set up. 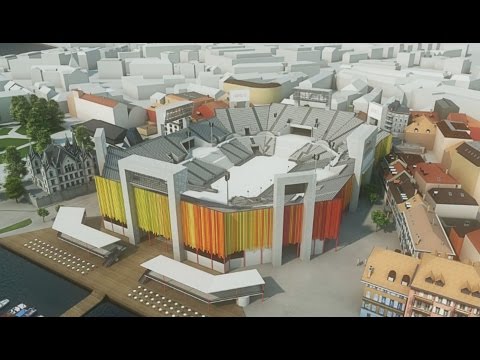 Mirage Gstaad
To overview
From Schladming to Seefeld