Breaking through the impossible – with new technology solutions “Bayer Leaps” is aiming to make paradigm-shifting advances in the life sciences – targeting the breakthroughs that could fundamentally change the world for the better. Along with various Omnicom agencies and Dreamland Creative, NUSSLI was challenged to complete a fast paced design build, of a 1:1 scale touring replica of the, ”Lyon 25 Steps”.

The key design adaptation of the infamous “Lyon 25”, was to turn this into a touring structure and to integrate custom built LED modules within the entire 25 steps. This then became the canvass for user controlled generative content, films and scenic finishes. For its debut installation at Summit LA 2017, NUSSLI fabricated, constructed and live produced all aspects of the Bayer Leaps Staircase and its auditorium, that will now embark on a global tour as part of the @DaretoLeap initiatives of Bayer Leaps.

Progress only happens when someone dares to begin. To reach the quantum leaps with “Bayer Leaps” (formerly known as “Bayer Lifescience Center”) it requires an entirely new approach that increases the levels of risk, collaboration and goes beyond conventional limits of the healthcare and agriculture industries. The origin of the campaign “dare to leap” and the idea of the stair had literally to do with a jump.

Pro skateboarder Aaron “Jaws” Homoki was 13 years old when he watched his hero Ali Boulala attempt the impossible: leaping down 25 stairs in Lyon on a skateboard. Ali failed, but his bravery inspired Jaws to try for himself many years later. Despite initial doubt and injury, he risked that leap of faith and eventually landed the jump.

The Bayer Leaps Stair represents the 25 steps in Lyon. The space underneath the stair was used for the “Leaps Studio”, a forum for inspiration and dialogues. The “Homoki headspace” served as observation platform. The multimedia gave the stair a future dimension. With the Stair “Bayer Leaps” referred to the impossible jump of Jaws and started its mission.

Watch the interview of Ali Boulala and Aaron Homoki: 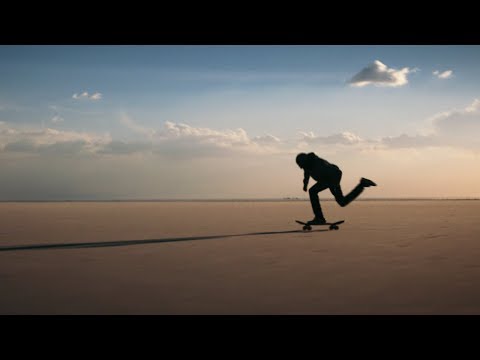