Switzerland's over-the-top festival was celebrated on an even grander scale this year; 56,500 spectators enjoyed the Swiss National Wrestling festival live in the Zug Arena.

For event contractor NUSSLI, the construction of the gigantic arena also marked an anniversary: This was the 21st time that the company had constructed the core element of the Swiss National Wrestling Festival. As with the first grandstand installation in 1961, the arena was erected in Zug once again. This time around, however, it is twice as large.

Working in cooperation with the ESAF Zug 2019 Organizing Committee, NUSSLI succeeded in optimizing the grandstands in order to accommodate more seats on the same amount of surface area. The complex infrastructures were completely dismantled afterward, just as they were 58 years ago; as a result, the project fit in nicely with the ESAF 2019 sustainability concept. 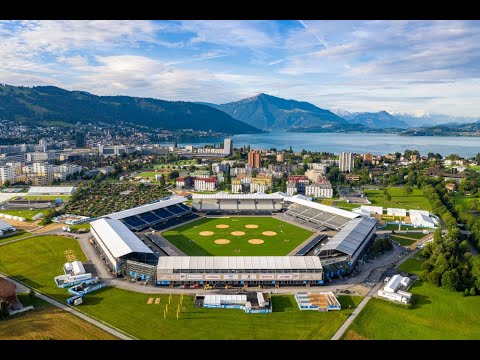